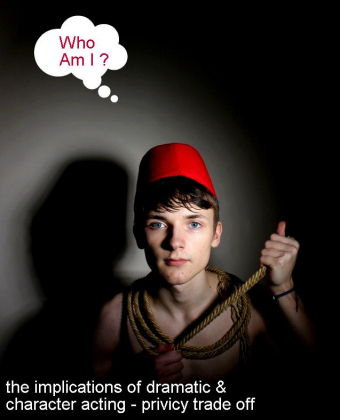 One of the most common problems for someone new to acting is "letting go" and understanding and seperating the demands of their character and that of their own being,

The common comment when working on a character is the actor rounding on you and saying "but I would'nt do that" or"I would'nt wear that" forgeting that when playing a character they are that character - warts and all.

Chances are that character is not like them - that's rather normal for actors, and is important to learn.

Your character might smoke and you might not, he might go around murdering people you hopefully do not - he might swear loudly - and you don't - bringing someone out of their shell is important to make a good and varied performer.